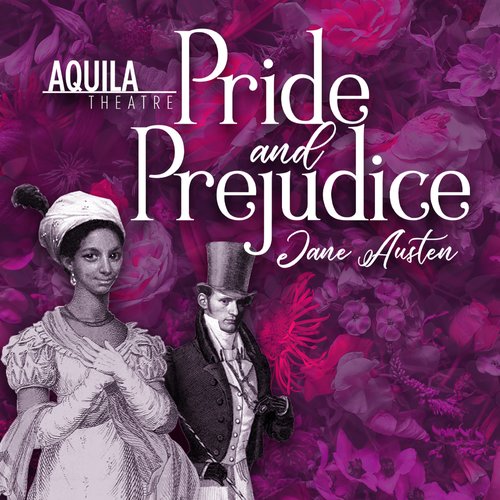 Leach Theatre presents Aquila Theatre in Pride and Prejudice, a Campus Performing Arts Series performance. As the Bennet sisters try to navigate their way toward love and marriage, Austen humorously skewers the hypocrisies and absurdities of the English class system and puts the thoughts and feelings of her women characters front and center. Filled with unforgettable characters, this sharp social satire has it all: wit, romance and lots of dancing!

Aquila Theatre Company was founded in London in 1991 before moving to the United States in 1994, where it went on to build up an extensive international touring circuit while becoming an established part of the New York City theater scene. Aquila is now one of the foremost producers of classical theater in the United States visiting 50 - 60 American cities per year with a program of two plays, workshops, and educational programming, and is under the Artistic Directorship of Desiree Sanchez since 2012.  Aquila Theatre Company’s production of Jane Austen’s most renowned work, Pride and Prejudice, will bring to life the classic tale of heroine Elizabeth Bennet and the romantic Mr. Darcy.