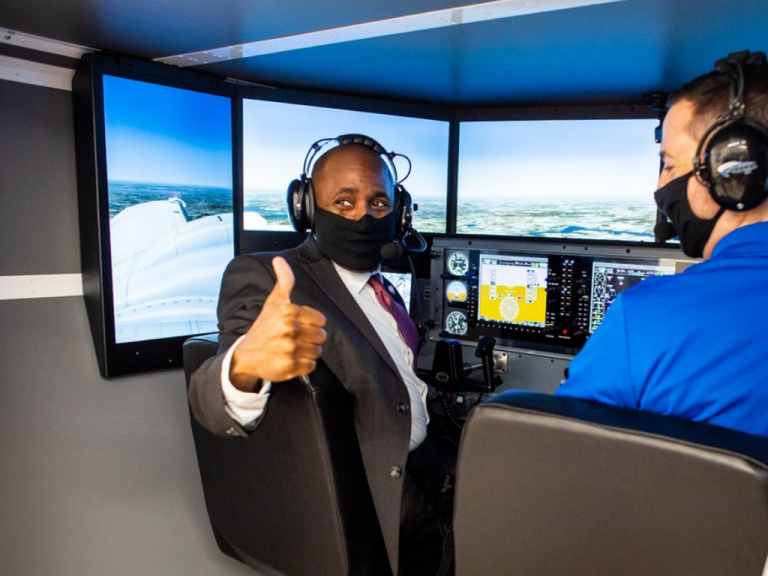 Flight and democracy are two of humanity’s greatest achievements. Recently, Kansas City Mayor Quinton Lucas visited UMKC’s flight simulator to try his hand at getting out the vote. Earlier two pilots, Mujahid Abdulrahim and Travis Fields, flew a course over Kansas City that spelled out “vote.” Mayor Lucas attempted to recreate it – and had some fun in the process. “Although the mayor’s flight pattern fell short of the professionals’, they said it did accomplish its goal of raising awareness about the upcoming election.”