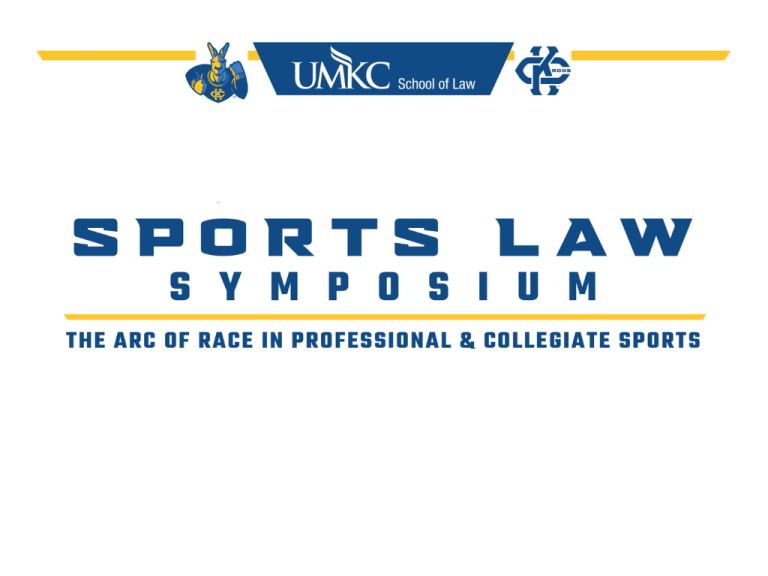 The UMKC School of Law and Athletics Department are co-sponsoring “The Arc of Race in Professional & Collegiate Sports,” a two-day virtual symposium featuring national and local experts.

Topics ranging from the hiring of coaches of color, to name-image-likeness deals, to race norming in the NFL’s brain-injury lawsuit’s claims settlement process will be covered during the Sept. 9-10 event.

The symposium is co-chaired by Brandon Martin, Ed.D., UMKC Vice Chancellor and Director of Athletics; and Prof. Kenneth D. Ferguson, UMKC School of Law. Featured speakers will include:

The symposium offers up to 12.6 hours of Elimination of Bias Missouri Continuing Legal Education credit. The fee is $100 for those seeking CLE credits; attendance is free to all others. To register, go to sportslawsymposium.org.

The opening session on Sept. 9 will focus on “Race Norming and Sports Concussion Litigation including NFL Concussion Settlement and Claims Process.” The initial settlement by the NFL for Chronic Traumatic Encephalopathy (CTE) injuries implemented a formula (i.e., race-norming) that discriminated against retired black players. In effect, Black players were treated as having worse cognitive functioning than white players (in their pre-morbid stage). As a result, if a Black player and a white player received the exact same score on a battery of neurocognitive tests, the Black player was automatically assumed to have suffered less impairment. Two members of the panel for that session, attorneys J.R. Wyatt and Cy Smith, successfully sued the NFL to remove race-norming from the settlement.

Other discussion topics will include: