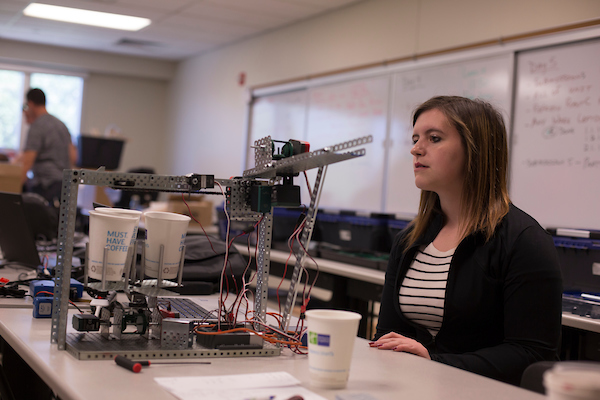 The state’s Project Lead the Way (PLTW) effort is coordinated through Missouri University of Science and Technology, which is providing state-funded grants to the districts.

David Hosick, Senior Program Director of PLTW at Missouri S&T, has been traveling the region distributing grants to the school districts. The Missouri General Assembly approved $250,000 in state funding for the effort to expand access to PLTW in 41 school districts in 10 counties. Known collectively as SOAR, or the Southern Alliance for Rural Development, the region encompasses Carter, Douglas, Howell, Oregon, Ozark, Reynolds, Texas, Wright and Wayne counties.

With the addition of these districts, PLTW now serves 656 of Missouri’s public and private school districts and is found in 80 of the 114 counties in Missouri.

Missouri S&T is one of 17 training partners across the nation to equip teachers to incorporate science- and technology-based lessons into their classrooms. S&T provides the hands-on training in Lee’s Summit, Missouri, a suburb southeast of Kansas City.

PLTW is a nonprofit organization that provides hands-on science, technology, engineering and mathematics (STEM) curriculum for students pre-kindergarten through high school through career pathways in computer science, engineering and biomedical science. Missouri S&T has been the statewide PLTW affiliate for Missouri since the national program began in 1997 and has trained thousands of teachers through the program since that time.