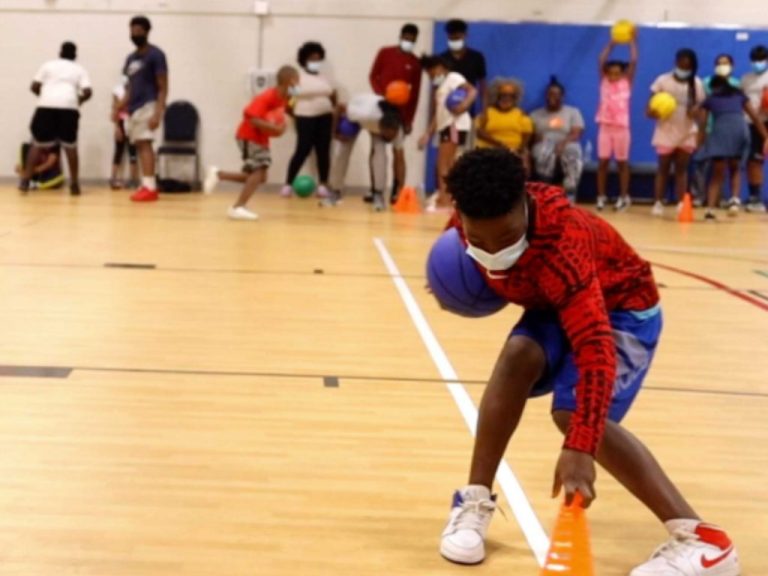 If parents notice a more active school day for their kids, they can thank two public health researchers at the UMKC School of Nursing and Health Studies. Joseph Lightner and Amanda Grimes authored recommended changes to physical education requirements nationally. The new guidelines recommend kids get at least 60 minutes of physical activity each school day.

“With these guidelines laid out and the evidence supporting them,” said Grimes, “we hope that someone working at the local level can use these to enact change in their community.”

According to Grimes, the guidelines have academic benefits as well. “Is physical activity of lesser value than academics?” said Grimes. “We just know that the research shows they are tightly correlated. Kids who are more physically active do better in school, behaviorally and academically.”

Lightner and Grimes work with the local program Move More, Get More, whose goal is to increase physical activity and nutrition among middle school students in Kansas City public schools. Part of the program tracks how active students are in their daily lives through pedometers so Grimes saw first-hand the effect the pandemic had on these students.

“After the pandemic hit, the kids’ activity levels went down to 40 minutes a week,” said Grimes. “That means in an entire week, they’re not even meeting what we’re hoping for in a day.”

Lightner knows that sustained behavior change is hard, but the research in the field of public health has found that it’s easier to get kids active than to get adults to change sedentary ways.

In response to that, Lightner and Grimes are advocating for not only an increase in physical activity but also physical literacy so students can carry an active lifestyle into adulthood. With extracurricular athletics getting more and more competitive, kids can get left behind and lack the skills in adulthood to participate.

“I was super involved in sport growing up,” said Grimes. “I think about how that impacted my life and trajectory, not only in my career but also taking a healthy lifestyle into adulthood.”

Lightner readily admits that he didn’t like physical education classes when he was in school. But he is also training for a half-triathlon, so he’s not one to shy away from being active. The difference is he’s found joy in his pursuit of being a triathlete.

But Lightner knows that physical activity is one of the simplest and cheapest ways to combat the most common chronic health problems: heart disease, cancer, diabetes, etc. “It’s always thrown around in public health circles,” said Lightner, “but if physical activity was a pill, it would be the most prescribed medicine on the planet.”

According to Lightner, physical activity is a relatively young area in the field of public health but that doesn’t take away from its importance. “Policy is a long road,” said Lightner. “I think it’s important to note that it took us a long time to get to this point and it will take some time to get to the next step.

Child Development School of Nursing and Health Studies Well Being