Dozens of volunteers took their marks across Kansas City on a hot, August day. Their mission: Take an hour-long drive to find out more about how heat is distributed throughout the city.

Kansas City is one of about a dozen cities taking part in a nationwide research project funded by the National Oceanic and Atmospheric Administration. The goal is to create a map indicating where there are pockets of land that are warmer than surrounding areas. Researchers call these areas urban heat islands.

UMKC Earth and Environmental Sciences professor Fengpeng Sun, Ph.D. is leading the Kansas City cohort of the experiment. He said while most people are familiar with how greenhouse gas emissions contribute to global warming, they should also be aware of how land use and land cover change has impacted temperatures.

“You think about the Kansas City area compared to 30 years ago. We have more buildings. We have more concrete and more asphalt, we have less trees, less soil,” said Sun. “We want to utilize this project to showcase how the temperature has been distributed across our community.” 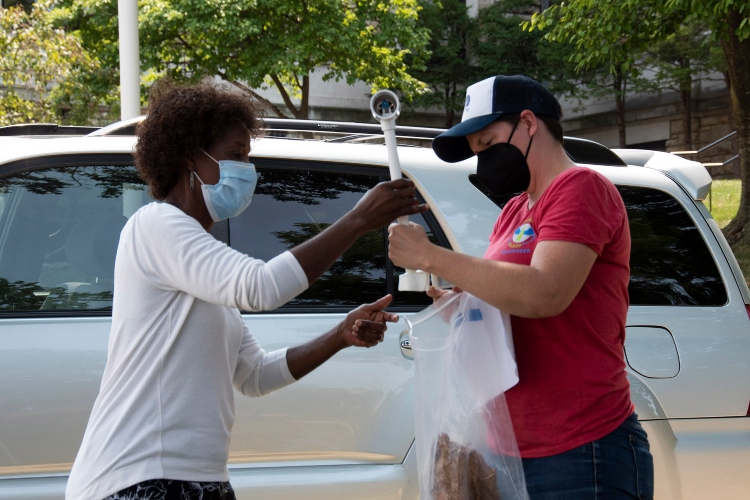 For the study, volunteers mount a sensor on their cars, which records the air temperature, air humidity and GPS location every second. Then they drive an 80-square-mile loop mapped out in advance. After that, the data is sent back to NOAA, which combines it with satellite data to produce a map that shows where the heat islands are located.

The volunteers included UMKC students and faculty, community members and employees of UMKC community partners and the city of Kansas City.

Amanda Mercier is an environmental science major. After volunteering for environmental projects around the world for several years, she decided to pursue a degree with hopes to make a larger impact. She said she was eager for a chance to work with Sun and to contribute to research.

“As soon as they were letting people back on campus, I think I was one of the first people to sign up for this,” said Mercier.

NOAA is expected to return the data in about two or three months. After that, Sun said the research his team collected can be used in a variety of ways to help mitigate the issue of heat islands in Kansas City, from comparing his data to social impact data to helping inform city government decisions.

“They are the policy makers. Hopefully my voice, the results that we get, can be heard by them,” said Sun. “It’s very important for them to develop some kind of adaptation strategy and also mitigation strategy. Make sure that your city, that your area is going to be sustainable and, most importantly, it’s going to be resilient enough in a warming world.”

It could also help project partner and local non-profit Bridging the Gap with its Master Urban Forest Plan that the city adopted in 2020.

“We will eventually be able to see, through this data, where we might want to concentrate more of our tree planting efforts,” said Kristin Riott, the non-profit’s executive director. 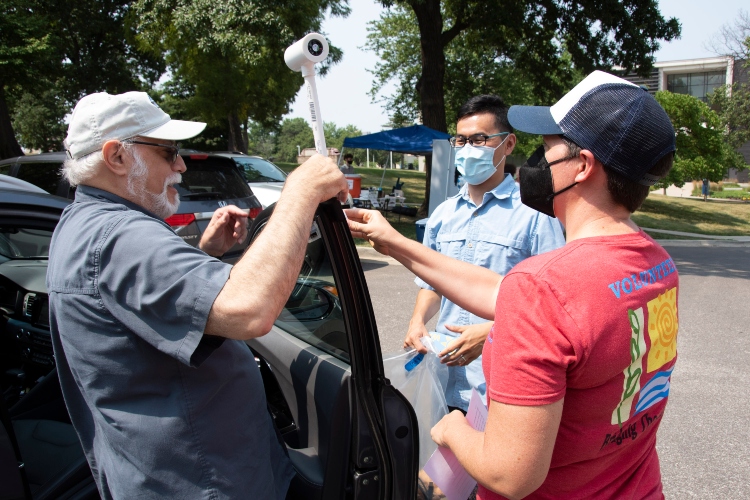 Most importantly, Sun said, he wants the community to be engaged and to see the results. It is why he invited community volunteers to help collect the data. He even arranged the routes to go by recognizable Kansas City landmarks so that once the results from the research were published, they would be more relatable to the public.

“It can give people more of an impression about the data,” said Sun. “Climate change is not something really far away from us. It’s happening. It’s happening in our neighborhood. And we know that we are experiencing more and more heat days, and this is exactly what we want to convey to people. It can happen anywhere. The impact could be different, but it can happen everywhere.”

The data collection led by Sun came just days before the United Nations released an urgent report warning that climate change is widespread, rapid and intensifying; and exactly a week before NOAA announced new data showing July 2021 as the hottest month ever recorded on earth.

“We all need to do this together, we’re running out of time,” said Mercier.